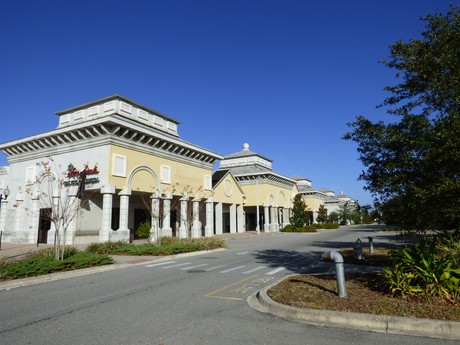 One of Lake Mary's most visible pieces of real estate, Rinehart Place, has been sold to Florida Hospital for $6 million.  There have been reports that Florida Hospital plans to build a 90,000 s.f. short-stay hospital, but the company says there are no definitive plans for the property, other than outpatient services.  The property, located at the corner of 46A and Rinehart Road, was owned by BB&T Bank and had been under contract with Florida Blue for several months.  Florida Blue backed out of that deal in October.

Rinehart Place was first developed in 2008, but the real estate bubble burst right in the middle of construction and the buildings remain unfinished.  As it sits today, Rinehart Place consists of two retail buildings totaling 44,000 s.f. that appear to be about 90% completed as well as four office buildings that would total 180,000 s.f. when completed.  The office buildings are currently just shells of tilt up concrete walls on concrete slabs.  Florida Hospital has not indicated what they plan to do with the existing buildings.  Nonetheless, it's nice to see Lake Mary will soon be rid of this high-profile eyesore and painful reminder of the real estate crash. 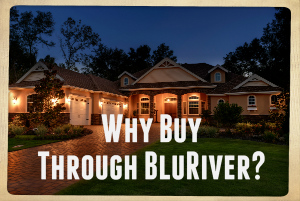 "Due to frequent work relocations, we have worked with a significant number of realtors as both buyers and sellers in widely varying markets. Many realtors did a good job for us. One, however, clearly distinguished himself as being in a complete league of his own. That person was Doug Packard." - Kimberly and Russ Stocker  Read More